My first love is fashion, always has been and always will be but my second is music. I honestly can’t tell you where I would be without it. From cleaning, to cooking, to in the shower, to doing my make-up, and even walking to the train, I have my headphones in listening to music. You never know what I may be listening to. I once had someone tell me my headphones were similar to an accessory like a ring or earrings because it’s rare when you see me without them. When it comes to albums, 2015 was the best year for music in my eyes. So many great albums, from all genres, were released that year; many albums that I still play religiously til this day. There was no way I could end 2017 without breaking down my top 12 albums and my three favorite songs on each. This list is in NO specific order. Once you’re finished reading, let me know what you think and tell me some of your favorite albums of 2017!

I remember first hearing Daniel Caesar’s single “Get You (feat. Kali Uchis)” and I knew right then and there I needed an album from him ASAP. His voice is so soulful and ground breaking, exactly what R&B needed right now. I’m going to be honest with you guys, I never know how lovey-dovey I TRULY was until this album dropped. I like to keep how I feel to myself and myself only but sometimes I would get so wrapped up in his album I started tweeting lyrics that were near and dear to my heart. I even started planning my wedding in my head and just know a couple of his songs will be played on my special day. From start to finish he talks about caring/loving someone, in the most beautiful way, while also including amazing features.

Favorites: Best Part, Get You, and Blessed 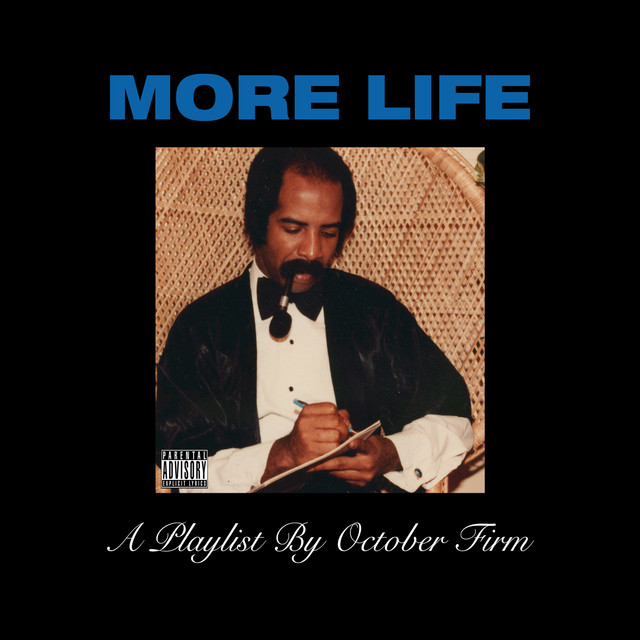 I know, I know, technically this is not an album, Drake labels it as a playlist but today I’m calling it an album! I have a love/can’t stand relationship with Drake and his music lately. More Life indeed gives me more life with the many upbeat songs, a J.Lo sample, and crazy features. There are at least three songs that I still play on a regular basis. My only issue is when Drake tries to tap into different cultures like grime, which is a genre of music in London or when he turns Jamaican and starts speaking patois. Nonetheless he’s extremely smart at what he does and a talented artist. Playlist, mixtape, album, whatever you want to call More Life, definitely had some great songs.

Favorites: Get It Together, Teenage Fever, and Blem

Whenever I think about some of the hardest working artists in the music industry, Future automatically pops in my head. Within a week Future released HNDRXX, as well as his self-titled album Future, which is also on this list. HNDRXX gives us a glimpse of Future singing more than him rapping. It’s a more easy-going album, something different from him. “Incredible” gets me every time; I just dance, smile, and sing along. Seeing a rapper like Future, talking about how a woman makes him feel incredible, melts my heart.

Favorites: Incredible, Lookin Exotic, and I Thank U

Every single day I still play this album, all the way through. I didn’t know I needed this in my life until I heard the album and felt like SZA knew me. I thought we sat down, had a conversation, and talked about my feelings because in some songs, especially Garden (Say It Like Dat) and Doves In The Wind, she had to be in my head to sing exactly how I feel. I know for a fact there are other women out in the world that can agree with me. A week after the album was released, I did a post where I broke down almost all of the songs and explained what they meant to me. Click the link right here once you finish this post to see what Ctrl did for me! — SZA – Ctrl

Favorites: Garden (Say It Like Dat), Doves In The Wind, and Pretty Little Birds

As previously mentioned, Future released his self-titled album and HNDRXX within a week of each other. This album is the Future we are used to but elevated. He came with a lot of heat and dope beats on this. Usually albums with 20+ songs stress me out. I become overwhelmed and only listen to the first half of the album but that’s not the case with Future. I can put it on shuffle without wanting to skip a song and just let it play until it’s finished.

Favorites: Might As Well, Scrape, and When I Was Broke

Now when has Kendrick Lamar ever gave us a trash album, mixtape, or anything? I’ll wait. In this album we’re introduced to Kung Fu Kenny and I love him just as much as Cornrow Kenny, K.dot, and even King Kendrick too. Every time I first listen to an album, I start it from the very beginning and take shuffle off, so it plays exactly how the artist wanted it to. When I heard “BLOOD.”, instantly I laid in my bed shook! Each song corresponded so perfectly with the title and really had my brain thinking. I’m big on visuals and every last one of the videos he’s dropped for this album has blown my mind. Also, after watching Kendrick’s interview, which he doesn’t do very often, with Zane Lowe I loved the album even more.

I’m not a day-one Migos fan, I can admit that. Of course I knew their popular songs before Bad n Boujee but this album really had me sold as a fan. They have definetly started a specific trend in hip-hop sound, that is clearly influenced by Future, but I love when Migos does their thing. This is another album that I don’t need to skip any songs. I can just let it play while I get dressed and do my do my make-up and act like “I’m cookin’ up dope with an uzi”, hand/arm motions and all. I also had the pleasure of meeting Quavo and helping his stylist, Zoe Costello, style him this year for their Saturday Night Live performance, streetwear looks for tour, and the BET Awards.

Favorites: Kelly Price, Bad and Boujee, and What the Price

N.E.R.D. is my favorite group of all time. I am a die-hard fan. I even have their very first album, “In Search Of…” on vinyl hanging up in my living room. My birthday is a few weeks away if anyone wants to get me their other albums on vinyl, that would be greatly appreciated. N.E.R.D.’s music is the perfect blend between hip-hop and alternative. Many of their songs have gotten me through so much and have given me so many feels, I can’t even explain. N.E.R.D. had not dropped an album since 2010, so I saw a lot of people skeptical of how this album could go after so many years. I stayed optimistic and as I knew they wouldn’t, I wasn’t disappointed.

Rather You Than Me by: Rick Ross

A big part of me wants to say this is Rick Ross’s best album but then Mastermind and God Forgives, I Don’t come to mind and I’m conflicted but Rather You Than Me is ONE OF his best albums to date. The different things he talks about and the features are what really make the album.

Favorites: I Think She Like Me, Trap Trap Trap, and Lamborghini Doors

Let me first say, Free Meek! It sucks that it seems like almost every other year he drops an album, something comes up with the law or music beef that overshadows how talented he is. We’re both from Philly, so I remember that Meek without all the jewelry and designer clothes; when he had those nappy braids that lock! This album is what most of his fans have been hoping and wishing for. He brought hunger, which is reminiscent to how he was before the fame, back when he did rap battles in North Philly.

Flower Boy by: Tyler, The Creator

Tyler, The Creator is a stone cold weirdo and I love everything about him, as well as his music. I’ve watched so many behind the scene moments or interviews with him and his creativity is through the roof! The way he uses the left side of his brain keeps me and interested in everything he does and is a part of. With this album a lot of people noticed a few lyrics where it seems as if he came out, just like with Frank Ocean, I could care less if he likes men or women; that’s his business. All I know is he’s amazing at what he does, he’s unique, and I have to see him in concert.

If you really know me, you know I don’t even need to go into full detail about how much of a stan I am for Jay-Z. A lot of people said, “OMG he needs to sit down and stop trying to make music.” No he doesn’t, he’s the greatest rapper alive, in my eyes; he can do what he wants. I wasn’t expecting anything but greatness from this album and that’s exactly what I received. I remember a few days before the album dropped seeing the “4:44” logo at almost every train station in New York and I got so excited. I wasn’t sure if it was album, documentary, or what but whatever it was I knew I was ready. Jay-Z is like that uncle that sits you down and gives you life gems that you’ll be able to carry throughout your life. I took away so much from this album. Also, if you haven’t watched his Footnotes for this album on Tidal  please go do so. Jay-Z as well as many other famous men talk about life, family, love, business, being vulnerable, and I love every minute of it.

In case you ever forget, ima remind you.💘

Home is where the art is.🫶🏾 Just some bts f