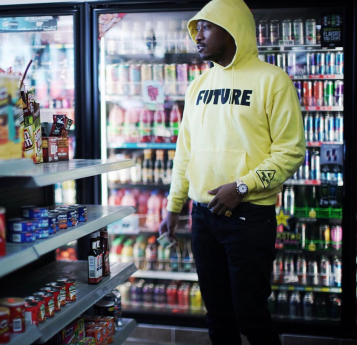 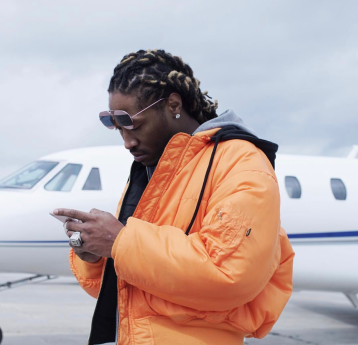 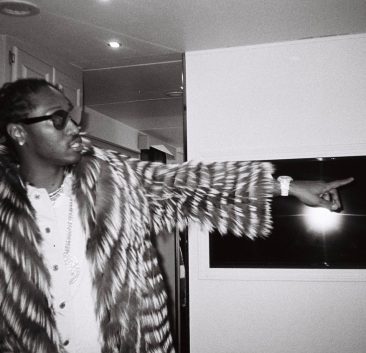 I’ll be the first person to admit that I am not a day one Future fan. I remember my freshman year of college, constantly hearing his single “Same Damn Time”. I honestly didn’t get what the hype was all about. Handsome and different from most artists at that time in hip-hop, most definitely, but at the time I just couldn’t vibe to his music like everyone else was. But now, in 2017, Future is played heavily throughout my daily music rotation.

These past few weeks have been nothing but musical bliss. On February 17th, Future dropped his self title album and then the following week he released another album titled “HNDRXX”. He’s the first EVER artist to have back to back #1 albums.This man goes so hard in the studio it’s crazy; I can only imagine what his music vault looks like. If I had to do a comparison of his two recent albums, without a doubt I would say “HNDRXX” is my favorite. It is a little more R&B, with him singing on many of the hooks. That album also includes features from The Weekend and Rihanna. “FUTURE” is feature free, which is something I always love to see from artists because it really shows their talent, or lack there of. Just like week Future performed one of his new tracks, “Incredible”, at the Ellen Show. Seeing his growth and longevity in the music industry makes me happy.

For the longest time I’ve been trying to figure out who is Future’s stylist. I wish I could tell you guys, but I literally could not find any information. I still have to give credit to whoever is behind his looks, even if it is Future himself, because it is definitely due. No matter what he wears he still looks well put together, HOW SWAY? When he gets dressed up for a red carpet event, he’s the perfect mix of a hood rapper and a gentleman. From a hoodie and jeans, to a suit and tie, I always love the way everything just flows with him. Sometimes he’ll be flooded with diamonds, but other times his jewelry is a little more subtle. The way he is able to switch it up when necessary, I love it! I did a post a few months ago about men in fashion, “Get A Man Who Can Do Both” , where I also included Future because he is one of the first artists that come to mind when this topic comes up.

Let me know what the think about Future’s music/fashion sense.

I stand behind this 1000% Please pick your actions/words wisely. ☝🏾
THEE culture. Often imitated. Never can be duplicated. Always loving US. 🖤🤎 cc: @essencegu_
I don’t even want to jinx it but as of lately my skin...doing its thinggggg & ever since I used the Aztec clay mask on my hair, curls are flourishing like crazy (this is a 3 day old twist out) 😍 Side bar ✨ forever wearing my favorite nameplate by @hustlewithagoal 🎀 and major s/o to @mulberryandgrand for these bomb shades that I definitely needed! 😎
Getting dressed in the mirror like “Oooou girl, you so fione.” 🥰 Love thy self. P.S. Lisa Nicole Carson did what she had to do in both Jason’s Lyric and Love Jones - classics. ♥️ cc: @urbanthrowbacks
THIS is how we’re coming into this new week: Heads High, Untouchable Energy, Blessings on Blessings, and of course KILLIN’ each and every look. 🤎 cc: @hobopeeba @fashizblack
What a journey. Constantly picking yourself apart - too skinny, too fat butt isn’t big enough, boobs could be a little bit bigger - we’ve all definitely been there. And having to deal with acne as an adult and hyperpigmentation isn’t fun either. But putting yourself down honestly gets tiring and isn’t healthy on any level. 🙅🏾‍♀️ Take a step back and wonder where all these thoughts are stemming from and where did this idea of what beauty is “suppose” to be come from? Going to the gym five times a week and having a very strict skin care routine has boosted my confidence, beyond measure, in the past few years. Finally getting to that space where can you say, “Girl you poppin and I love what/who I see” is truly a liberating feeling! 🌱💕
Happy Sunday! 🌞 In 2020, I am still lacking at getting full body pics BUT ya know what? I did what I had to do and boom - fuzzy crop top, cozy sweats, and really high boots. 🎀 The weather was so very beautiful but scary yesterday (clearly Earth is in shambles) & again today but If I can throw a little sum sum together really quick, and look good, I am good. ✨
Happy Birthday the Queen Hip-Hop Soul, whose voice is forever timeless and her knee-high boot collection CAN NOT be touched. 💕 cc: @therealmaryjblige
Happy Friday! 🙌🏾 Wear that oversized fur coat Wear those heels Wear that red lipstick 💄 Education doesn’t just stop in the classroom. Keep that mind moving & continue to learn however works best for you - keep your Amazon cart filled with new books & take those courses that you’ve been thinking about. ✨ cc: @girlboss